skip to main | skip to sidebar

Is being connected soooo 2007? 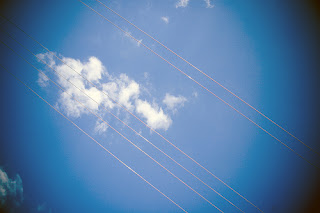 Under the title "Too much information? Ignore it.", Alex Williams discusses in Sunday's NY Times our daily information overload and a possible way out of it as described in Timothy Ferriss' book 'The 4-Hour Workweek:'

After reading Mr. Ferriss’s recent best seller, “The 4-Hour Workweek” (Crown), Jason Hoffman, a founder of Joyent, which designs Web-based software for small businesses, urged his employees to cut out the instant-messaging and swear off multitasking. From now on, he told them, severely restrict e-mail use and conduct business the old-fashioned way, by telephone.

“All of a sudden,” Mr. Hoffman said of the results, “their evenings are free. All of a sudden Monday doesn’t feel so overwhelming.”

Personally, I often feel overwhelmed by all the information available: Trades, Personal Email, Business Email, Twitter, Blogs, Facebook, RSS feeds, etc. But I also don't want to get most of my news from waiters as Timothy Ferriss tells the NY Times.

Being connected will continue to be the new rock'n roll. We just have to find ways to adjust our life better. No 24/7 email, maybe 3/7 instead.
Ironically, Ferriss is now living what he's preaching:

Indeed, Mr. Ferriss makes little pretense of practicing what he preaches, at least if you count self-promotion as “work.”

LAST Monday alone, Mr. Ferriss — who has served as a guest lecturer on high-tech entrepreneurship at his alma mater, Princeton, for several years — spoke at Harvard Business School, followed by an afternoon doing an interview about his book, then finally another talk in front of 130 students at M.I.T. Mr. Ferriss, ever stimulated by yerba mate tea, was still there, hashing out personal-productivity theories over beers with Sloan School of Management graduate students at 11 p.m. on Monday night. All this, while recovering from jet lag after a flight from Japan, where he had taped a pilot for a television show — part self-help, part adventure travel — developed for the History Channel.

“If your definition of work is something primarily financially driven that you would like to do less of, like with my company, I spend far less than four hours a week on it,” he said.

All that other stuff — lecturing at the corporate campuses of Google and PayPal, blogging incessantly on his www.fourhourworkweek.com — that’s, well, “evangelizing,” he said.

Which is not to say he plans to become an Anthony Robbins for the geek set, touring relentlessly and hawking DVDs on late-night infomercials.

“I’d be much better off putting my time into three or four really good blog posts,” he said.

But, of course. That would take much less work.

Tim Ferriss leads an ideal low info life. I have tried this myself with best results. Half of my time wasters are eliminated and am feeling much fresher in life.

I can see that. The question is: Are we dealing with a generational issue? Does Generation Y feel the same way or are the older generations overwhelmed because they didn't grow up with all the technologies? 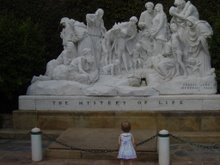